One parent's thoughts on how Covid-19 has affected her family

I have decided to write this anonymously as not everyone does understand and sadly families like mine do face unfair judgement.  I do think it is hard to imagine life for other people. This is something I have been thinking about a lot during the Covid-19 pandemic so far. It is not that by writing my story I want sympathy.

We are all on different journeys. I want to raise awareness as to what some special needs families deal with. An awareness that may give the wider population courage to not fear people who have special needs but perhaps journey along with them and their family.

My family is me, my husband and two sons.  My eldest, who I will call Jack, has severe learning difficulties. He is ten years old but cognitively aged three to four, non-verbal and has an array of medical issues that deemed him as highly vulnerable if he caught Covid.  The cause of his learning difficulties and medical issues is currently unknown but thought to be genetic.  Jack is currently being investigated for a mitochondrial disease but for now he remains a SWAN (syndrome without a name). I have a younger son, who I will call James, who has a diagnosis of high functioning autism (in old terminology he would be termed as having Asperger syndrome). 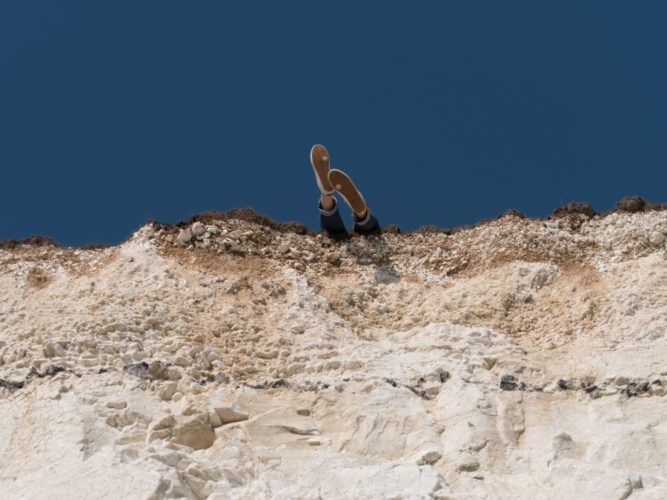 Due to Jack being medically vulnerable we started shielding him in March. During these initial weeks we had a lot of challenging behaviour from Jack. He just could not understand what was happening.

He would request to go somewhere multiple times a day and we would say ‘we’re staying home today. There are lots of people who are poorly. When they are better, we will go out.’ This response was simple to aid understanding but Jack has no comprehension of time. Jack would wait a short time sometimes just five minutes and ask again.  Jack would be heartbroken that we couldn’t go out and this led to frustration and aggression. He would screech, hit, kick and throw his iPad in pure confusion and frustration.

It’s embarrassing to say that despite protective cases and screen protectors we have had to replace the iPad screen five times in six months. It would be an easy judgement to say why let your child have an iPad but take a minute and think about it. Stuck at home all day with a child who has special needs, with no iPad. In short it would be hell. He has no independent play skills apart from playing on the iPad. It is what gives him enjoyment. Yes, he probably does watch too much YouTube, but he does use educational apps too.

While this was going on we somehow had to function as a family. My husband was working from home. We are fortunate that he has an office at home so could go in there to work each week day. We devised a timetable for both boys with activities on. This included school work for both boys. We just needed some structure to the days. To start with James’s anxiety was high and he was terrified that Jack would get the virus and die. James is also a boy who due to autism finds change difficult and the routine of going to school suits him, so he found this all very hard to cope with. His anxiety affected his sleep which meant that he was often going to bed later than usual but also waking up at four in the morning! Jack has always had disturbed sleep as well. We of course had to cancel the small amount of carer support we had. Jack was due to start monthly overnight respite and this was put on hold indefinitely. I think both my husband and I have just gone into survival mode, supporting each other the best we can. I don’t know where we found them, but somehow, we found the resources to manage lockdown until 1 August.

Of course, now we are in a new normal. After a couple of months of Jack’s intense frustration and upset about going out (which did eventually settle), we can finally go out. ‘Yay!’, you are all thinking, but no, it really isn’t that simple. This new normal is a huge change and again causes immense confusion for Jack. His brother may be back at school but Jack is no longer able to go in his buggy to take his brother to school. His timetable of home schooling has had to be changed around to help keep him safe as a vulnerable child. The changes mean that activities are happening on different days and times to usual, and that is so hard for Jack to comprehend even with a visual timetable. Therapists and tutors are having to wear masks and where possible social distance. So, we are back to the heartbreak and upset that we will just need to work through.

James was back at school for three days then off sick with a head cold. His school did fantastic preparation for his return, but it has been a far from an easy time. Anxiety has been high, upset causing physical symptoms and feeling sick.

He is back at school today and next week moves to his new teacher. It has been a blessing that he returned to his old teacher, but we now have to make the next transition for him – another huge change along with all the Covid changes at school. We are asking a lot of our kids to deal with all this, aren’t we? I think for years to come the mental health effects of this time will come to light and must be dealt with.

So please, think about the special needs families you know. Their resources are going to be low and actually, this new normal is additional pressure. Do see if you can help in any way. Sometimes all we need is a listening ear and someone to understand without judgement.

Long covid and the remarkable parallels with rare diseases

What is it like to live with a PANS/PANDAS child in lockdown?

Heather Delaney tells us what the first and second lockdown have been like for her, the challenges she has experienced and the lessons learned.

Long covid and the remarkable parallels with rare diseases

What is it like to live with a PANS/PANDAS child in lockdown?

Heather Delaney tells us what the first and second lockdown have been like for her, the challenges she has experienced and the lessons learned.